Before discussing, what is a Discrete Graphics Card? We need to understand the meaning of graphics cards. Like a motherboard, a video card is a printed circuit board that contains a processor and video memory. The processor on a video card, called the graphics processing unit (GPU), is similar to the central processing unit of a computer. So what is a  video card’s purpose? GPUs are specifically designed to perform the complex mathematical and geometrical calculations required to render graphics.

GPUs generate a lot of heat, so they are usually placed under a heatsink or fan. Integrated chips are slightly different in that they do not have their VRAM and must come from the same RAM headroom as the CPU. This difference can cause the system to run out of memory while playing with the integrated GPU.  In addition to processing power, GPUs use specialized programming to analyze and use data. Modern video processors can provide:

Additionally, each company has developed specific technologies to help the GPU apply colors, shadows, textures, and patterns. Because the GPU creates the image, the information and the finished image must be stored somewhere. To do this, it uses the card’s RAM to store data about each pixel, color, and location on the screen. Part of the video memory can also act as a frame buffer. In other words, it stores the finished image until you display it. In general, video memory runs very fast and has two ports, so the system can read and write simultaneously. Newer video cards connect to PCIe x16 expansion slots. However, you can use an expensive external GPU workaround to connect your graphics card.

So, what are discrete graphics cards, and how are they different from integrated graphics cards? What will you choose? Here’s the answer.

The two terms are often used interchangeably and are used to describe the same component.  This article explains all about the discrete graphics card and how it differs from an integrated graphics card.  The graphics card is a vital component of any PC. It interacts with the processor and RAM to collect data. It then converts this data into a signal that displays the image on a computer monitor in real-time.

DEFINITION OF A DISCRETE GRAPHICS CARD:

A Discrete Graphics Card is a separate processor inside the computer. This hardware component is a standalone device that plugs into a dedicated port on the motherboard or is itself part of the motherboard. The latter is usually the case with laptops.

The discrete graphics card is installed separately in one of the PCIe slots on the motherboard. It handles all the graphics on your computer. This term is essential for PC build enthusiasts learning new terminology. We partner with hardware manufacturers, including ASUS, MSI, Gigabyte, and Zotac. These companies use their chips and architectures to create their own discrete graphics cards.

Rendering and displaying the image requires a higher processing cost, introducing several problems. First, it takes up a certain percentage of  RAM. For a computer with 8GB of RAM and 1GB of shared memory, the onboard GPU reserves 1GB of RAM for graphics, so users will have 7GB of work to do. It is worth noting that the higher processing cost is not related to the processor clock speed. 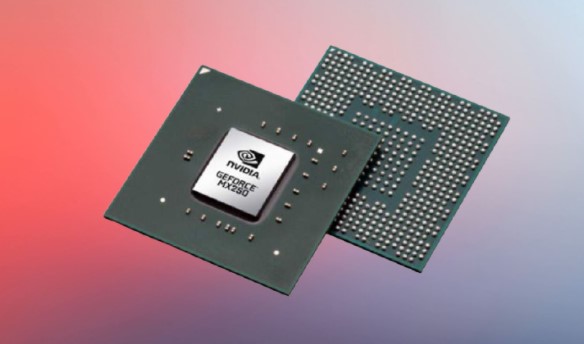 New video cards typically have 6-8 GB of video memory. The NVIDIA RTX 3080 ( Amazon ) boasts an amazing 10GB. Meanwhile, the top-end RTX 3090 ( Amazon ) comes with a staggering 24GB of VRAM for even better performance.  Discrete graphics cards usually have two or three fans. The cooling system is better than the integrated GPU that uses the same heatsink as the processor. Improved cooling performance lowers temperatures, extending GPU lifespan.  Finally,  Nvidia discrete graphics and AMD include custom game-related features. Adds a level of customization that allows users to personalize their gaming experience and make the game look smoother and more realistic.

Who should use a discrete graphics card?

Integrated GPUs have advanced further in recent years. According to a 2016 ExtremeTech report, Intel stated that  Intel HD devices have caught up to the capabilities of discrete graphics cards. Integrated graphics are better and more reliable, but there is still a lot of work to be done. They have reached performance levels where they can easily stream 4K video and run more demanding games. However, it cannot compete with ray tracing technology or the rendering methods of AMD unique cards. Individual cards are designed for more demanding tasks with the graphic highlighted below.

Gamers who want to follow the latest trends in the gaming industry and play demanding games must have these components. I am a professional game designer and developer using engines like Unity and Unreal Engine. Graphic designers and illustrators use the Adobe Suite, including Photoshop, Illustrator, and other graphics software. Video producers and editors.

In summary, a discrete graphics card is a standalone GPU connected to the motherboard via a PCIe slot. It offers advanced real-time rendering technology and many other features. It includes 4K and 8K video and game streaming and VR. Integrated graphics have improved significantly over the years but are still better suited for lightweight everyday use. Discrete graphics cards can handle complex graphics tasks seamlessly, making them ideal for gaming, video editing, and game development. So. keeping in view your needs, you can now easily find out which graphics card is best suited for you. If you just want an average performance, integrated graphic cards are for you, and if you want high performance, you might want to consider the discrete cards.

How to choose a graphics card?