Gaming is one of the most popular sports today, and the gaming community is constantly expanding. As this popular sport evolves, many popular games require more hardware support from the processor. But playing online games is not only a passion; it also includes other things like concentration, responsiveness, fast action, and high-speed internet. If you have everything, you are ready to go. But there is one thing that can make you fall behind all of the above. The only thing is that it generates excessive GPU heat while playing. If you want an exclusive gaming experience, you have to know how to keep GPU cool.

What happened due to heating?

Excessive heating of the GPU can cause various gaming device issues that ultimately prevent you from playing your favorite online games. These problems could be:

All of these issues are serious and can significantly affect your gameplay. If you want to play the game properly, you should consider keeping your GPU (the best GPU for the Ryzen 2700x) cool while playing. What’s the best temperature for your GPU? When the computer is used for everyday gaming, the average temperature is between 65°C and 85°C. It is the average temperature the GPU can handle. An increase in temperature can cause the overheating problem discussed above. It can cause a few other issues with your computer that can ultimately prevent you from getting a better and smoother gaming experience. 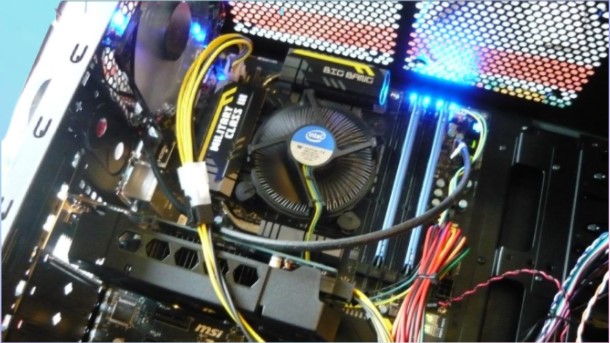 How to keep your laptop cool?

Considering the problems that can be caused by GPU overheating, whenever you are gaming on your PC, you need to know how to lower GPU temp. So, here are a few things  you can try to get  optimal results:

You may have applied thermal grease a while ago, knowing that thermal grease effectively reduces GPU overheating issues and improves heat transfer between the heatsink, GPU, and CPU. Using a thermal paste can help with this, but it won’t work for a long time. Over time, the applied thermal paste loses its effectiveness and prevents efficient heat dissipation, which in turn causes the GPU to heat up and, consequently, to the processor. So how do you keep your GPU cool?

Simple. The thermal paste can be reapplied. It is recommended that you reapply thermal grease to your GPU every 35 years to improve conductivity and to reduce GPU temp. In addition, traditional thermal pastes can be replaced with liquid metals because they are much superior to pastes in the heat transfer process.  However,  special care must be taken when applying liquid metals instead of thermal pastes. It is easy to short-circuit the motherboard if fluid leaks or spills onto other components.

So I’m reluctant to remove the processor instead of solving the thermal problem entirely. So when you re-apply a new thermal paste or replace it with liquid metal, you’ll see the CPU use the GPU cooler more efficiently. This is one way of how to keep GPU cool.

Overclocking the GPU with standard aftermarket fans or essential coolers is not recommended. Overclocked GPUs require high-quality secondary fans to keep temperatures low. Otherwise, you are mounting too many coolers than they were intended for. If the base clock speed setting still produces higher temperatures, consider lowering the GPU clock speed.

A thoughtful way to lower the GPU temperature can quickly be done using third-party software. If you want to overclock your GPU easily, we recommend using MSI Afterburner. Reducing the clock speed has many benefits for the GPU. You can reduce power consumption and prolong the card’s life in the long run. It is pretty practical as a graphics card overheating fix.

Clean your card - How to clean your graphics card?

The processor part will likely pick up a lot of dust and other substances that create vents and block the air intakes. If enough dust builds up inside the GPU, it restricts airflow and causes the GPU to overheat frequently. So to lower GPU temperature, you should consider cleaning the GPU 2-3 times a year to eliminate overheating caused by the accumulation of dust and other substances. It is speculated that the compressed air blowing from the GPU is causing the dust to escape.

However, this is not always helpful. Blowing compressed air disperses it further across the  GPU instead of extracting it to help remove dust and other materials. So,  you need to think about the most efficient way of cleaning GPU. Just take it out of the processor case and clean it thoroughly. It can be done like this:

Cleaning like this can help improve gameplay by preventing the GPU from overheating during rounds.

You may want to play the game at higher graphics settings as it provides a smoother gameplay experience. However,  higher graphics card settings can cause more overheating severe problems. The reason is that high GPU settings put a lot of stress on both the GPU and the processor. Especially if you play popular and hardware-intensive games like Final Fantasy XV, Metro Exodus, Deus Ex, and Mankind, this is a method of how to cool down pc while playing games.

Sometimes the reason your GPU overheats is because you put your CPU in a hotter environment. Especially in the summer season, when the temperature rises above average, for example, above 35°C, the  GPU overheats, which dramatically affects gameplay.  So, the solution to this problem is to play your favorite game at a normal room temperature of 10-35°C. Even if the temperature rises, you can still play in an air-conditioned room to maintain the graphics overheating. A good pc case can also help keep pc case temperature low.

The fan speed increases as the temperature rise to keep the GPU relatively normal. However, when updating the BIOS, these fan configuration settings are sometimes violated, and the GPU may overheat. So, you need to keep an eye on the BIOS settings to make sure the fan settings are correct. It all depends on the settings of your gaming device, which allows you to access  BIOS settings in different ways. It is another way to reduce temperature.

We have discussed several methods to reduce graphics card temperature in detail. However, first of all, make sure of the root cause of the thermal increment. The temperature rise is just a symptom; not the exact problem lies around the GPU. a symptom automatically disappears when you resolve the issue. So, once you find the cause of your GPU overheating, you can use one of the solutions above to fix it. These solutions mentioned earlier are genuine, and you will get a cooler and better-performing GPU for gaming.

How to fix Blinking Red light on PC case?

How To Fix Laptop Overheating While Gaming And Charging? 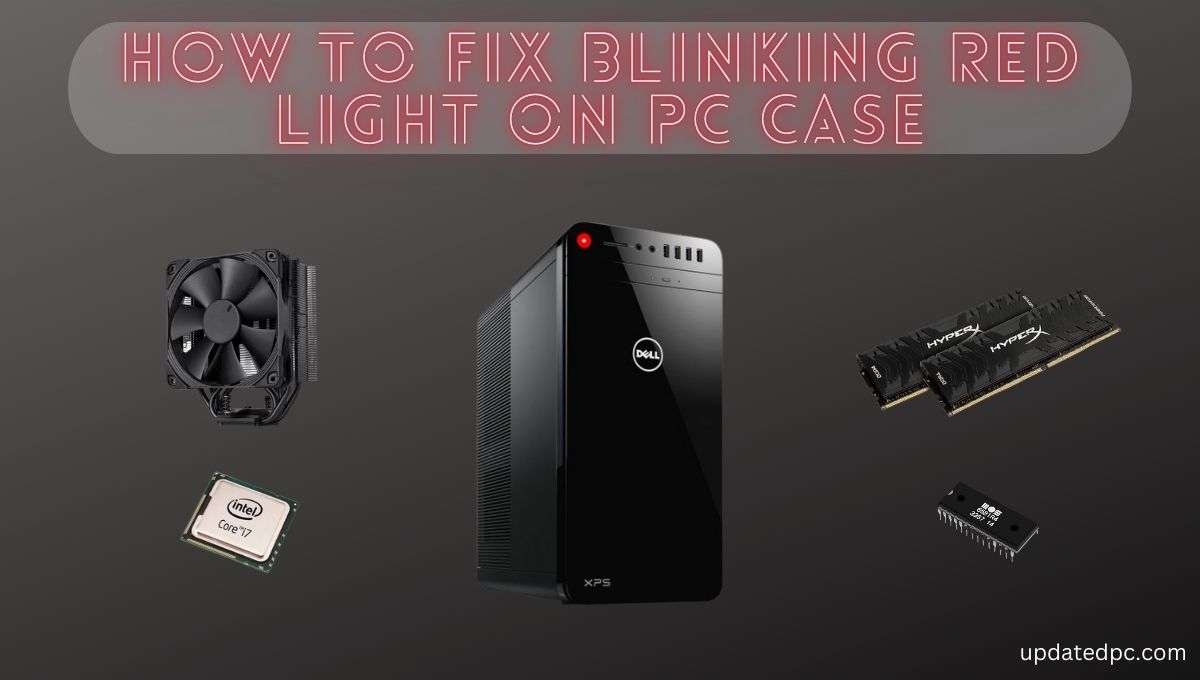 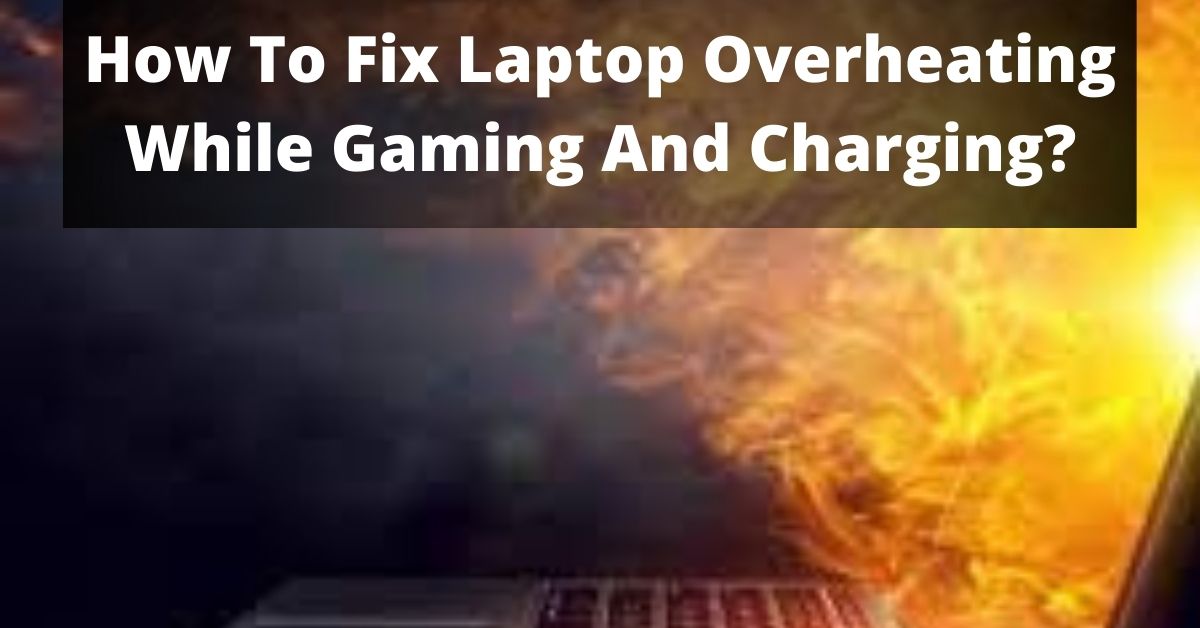 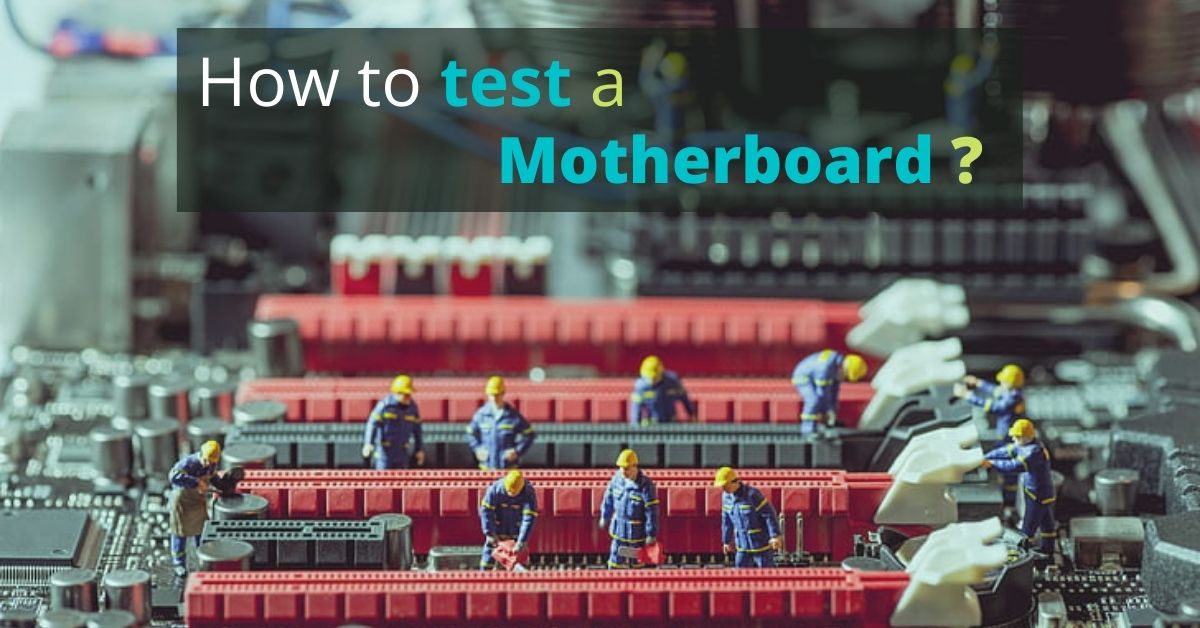